Want to learn more about edge computing? Meet the top influencers and industry leaders to follow in edge computing and distributed cloud architecture.

Business success depends on delivering the best application experience to users and customers. Meeting these needs with today's distributed, complex networks requires scaling applications to the edge, cloud and beyond. As a result, enterprises across all verticals are adopting distributed cloud architectures, edge computing technologies, and edge networking strategies. In fact, IDC predicts 50% of infrastructure deployments will be at the network edge by 2023.

As adoption accelerates, continually increasing demands on infrastructure and evolving application requirements are driving a new generation of edge computing solutions. In such a dynamic market, it can be difficult to track the most relevant trends. Following industry thought leaders can provide valuable insight to ensure infrastructure and networking pros remain knowledgeable about the biggest opportunities, pitfalls to avoid, and best practices for optimizing their initiatives. As we move into 2022 and industry momentum continues, NS1 recommends following these top influencers who are at the forefront of research and innovation in edge computing.


David Linthicum is Chief Cloud Strategy Officer at Deloitte Consulting and writes blogs regularly for infoworld.com. He has been a proponent of cloud technologies for over twenty years and is widely recognized in that field as a thought leader. In his career, he has coined widely used terms like Enterprise Application Integration (EAI), Service Oriented Architecture (SOA), and advanced distributed computing architectures. In recent years, he has argued that edge technology should complement and exist alongside cloud computing.

Jeff Barr is Vice President & Chief Product Evangelist at Amazon Web Services. He founded the AWS News Blog in 2004 and has written several thousand posts for it. In recent years, AWS has introduced edge innovations such as its “Snow” family of edge computing and data transfer devices. As a result, Jeff now evangelizes edge computing technology as part of his storytelling. He will also be joining NS1 for an upcoming webinar on improving network resilience in distributed enterprises - you can learn more and register to attend here.

Sandy Carter is Vice President of worldwide public sector partners and programs at Amazon Web Services. In that role, she has overseen the role AWS plays in helping healthcare, clean energy, and other fields. She also serves as Chairman of the Board for Girls in Tech and is a strong proponent of making technology more welcoming for women.

Ashley Willis is Director of Developer Relations for Microsoft Azure, a leader in the edge computing space. She specializes in working with Open-Source communities. Through her work, she helps to ensure that developers adopt the latest technologies, including serverless edge technologies. She is also working on Faces of Open Source, a project to document the people behind the open-source revolution.

Joe is the VP Product and chief Evangelist at Apex.AI. In this role, he helps makes open source ROS safe for cars, trucks, robots, and farming. He served as the technical advisor for the Indy Autonomous Challenge, which saw autonomous vehicles negotiate the famous Indianapolis Motor Speedway racecourse. Joe helped open-source the MQTT IoT messaging protocol and convinced automakers to adopt it which made MQTT the defacto standard for connected car and the IoT on-ramp for AWS, Microsoft, Google, IBM, et al. Joe has been a proponent of edge computing for many years, and was named an IoT technology thought leader by Forbes 2017. Joe has built a dozen advanced tech vehicles but is most proud of his work developing an autonomous people mover for the elderly and those with disabilities which won TU Automotive Best Auto Mobility Product and made him finalist for Automotive Influencer of the Year.

Joe is a thought leader specializing in digital transformation and disruption. He serves as RTInsights Industry Editor and contributes to Forbes, CBS Interactive, and other major publications. He has also been identified as a key digital influencer by several major organizations. In recent years, he has highlighted the importance of adopting edge computing, among other strategies like cloud analytics, to thrive as a leader in modern enterprise.

Mike is Editorial Director, 5G & Mobile Strategies for Light Reading, a site that covers the global communications networking and services industry. In this role, he covers telecom, cloud services, and other companies. Mike regularly covers companies’ efforts to invest and expand into edge technology, and writes about the state of edge computing in the United States. Mike has covered the wireless industry for over two decades and has witnessed its evolution in real-time.

Rich Miller is the Founder and Editor of Data Center Frontier, a news site focused on both data centers and cloud computing. As part of this coverage, Rich has written about the increasingly important role of edge computing in this industry. He has moderated roundtables of data center executives for the sake of discussing the state of edge computing in 2021.

Gabriele Roberti is Senior Research Manager for the IDC Europe Customer Insights and Analysis team, and Lead for IDC's European Edge Computing Practice. He is also a co-lead for IDC’s European Edge Computing Launchpad research initiative. Through this role, he has produced reports and presentations assessing the most important edge computing players in Europe, while making predictions about the future of the industry.

Stephanie Overby is an award-winning reporter and writer with twenty years of professional journalism experience. In the last ten years, she has focused on the intersection of business and technology. She has written extensively about edge computing for The Enterprisers Project. Across her career, her work has been featured in CIO Magazine, CMO.com, SmartMoney, Inc.com, and the New York Times.

Brian is Vice President and Principal Analyst at Forrester Research. He leads the company’s emerging technology and technology innovation research and has special interest in the area of edge computing. He also writes Forrester’s annual technology trends article, and has spoken on the edge-focused topics, including providing the keynote address for the Insight Accelerate series.

Fay Arjomandi is the Founder, President, and CEO of mimik, which provides a hybrid edge cloud computing application development platform. As a prominent proponent for edge computing, she won the 2020 Edge Woman of the Year Award from State of the Edge and Edge Computing World. She provides thought leadership through writing for the Forbes Technology Council, and is a strong advocate for decentralization, and for the importance of women in technology.

And of course, we’d be remiss if we didn’t suggest our own edge thought leader and influencer…

Kris Beevers is the co-founder and CEO of NS1, which creates products that enable companies to deliver dynamic, distributed, and automated applications at the edge. Kris is a recognized authority on DNS, global application delivery, distributed cloud architectures, and edge computing. He is a contributor to the Forbes Tech Council and often speaks and writes about building and deploying edge computing and edge networking technologies.

The Cutting Edge: Why Edge Computing is the Upgrade Legacy Infrastructure Needs

Join us Dec. 14 for Episode 1 of “Breaking down the Barriers to Successful Digital Innovation." Network experts from NS1, Nemertes and Ori Industries will discuss why the distributed edge - and edge technology in general - matters for your business.
Watch the Webinar

DNS: The Glue That Holds Your Distributed Network Together 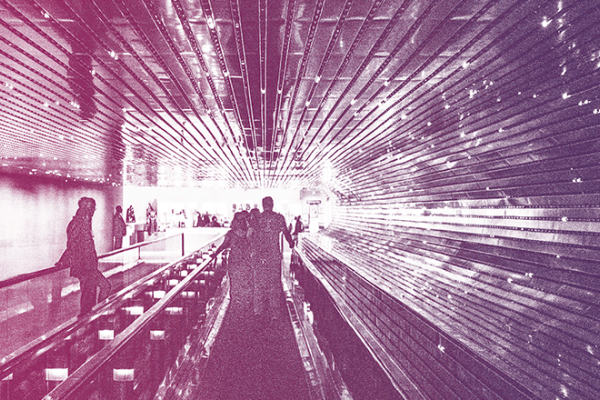