Much like the file system on a computer, or any one of those trees I’m looking at outside my office window, the root is the critical origin point of the system. In the original design of DNS, as explained in RFC 882, the schema for the domain name system is organized not unlike a tree where root is the top.

Root is the first place where a recursive DNS server goes looking for information about an address that it doesn’t hold in its cache. An address, say example.com., looks like .com.example to a machine. We read example.com from left to right, but the DNS actually does it backwards and starts with that dot. The trailing dot is typically dropped from the end of an address, it’s rarely seen to even the most eagle-eyed of Internet users.

What Does Root Do In The DNS?

Root is the all-knowing DNS zone, which contains the specific location of all of the Top-Level Domains (TLDs). Some examples of these are Generic TLDs (.com, .net, .org, .edu and .gov), Country Code TLDs (.uk, .de., .se, etc.) and Internationalized TLDs which are often written in a character set that corresponds to a specific language. 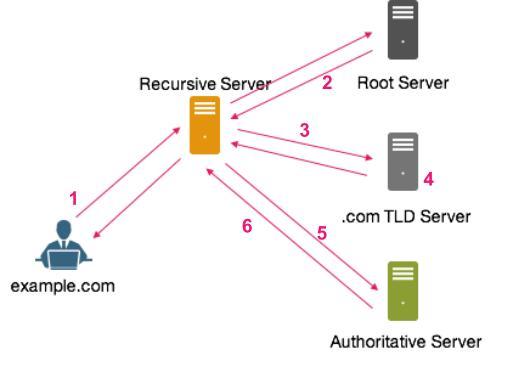 This diagram shows a very simplified version of a typical DNS transaction.

This all happens in the blink of an eye.

Much like our anycast, globally distributed network of authoritative name servers, the root name server system is also distributed around the globe in strategic locations. For a primer on Anycasting, check out this article to learn more.

Twelve organizations are responsible for the operation of the root name servers, and can make seamless operational changes to the root servers to ensure that the Internet, and specifically the DNS, are always functioning. Some of the organizations that are part of this delegation have been around since the inception of the DNS.

Back to All Resources