Why DCIM and IPAM solutions belong together

Everything that happens in the physical world echoes in the virtual world, and ensuring reliable connections requires DCIM and IPAM - to work together.

“Network infrastructure” used to be a code word for physical devices in the data center. Infrastructure managers were the folks who took care of servers, racks, power supplies, and the like.

Until recently, virtual assets like IP addresses, including overarching IP plans, weren’t tracked alongside the network infrastructure. While ultimately related to physical components, planning and management of IP addresses were managed separately, sometimes by entirely different teams. IP address management (IPAM) was mostly confined to disjointed systems where planning and usage for assigning and decommissioning IP space had lived isolated and unactionable. Interaction between physical and virtual assets was rare.

As a result, network infrastructure managers often find themselves trying to connect the dots on their own. They engage in the dreaded “swivel chair management”, flipping from one solution to the other. They look for plug-ins and integrations to harmonize disparate data sources in an attempt to avoid duplicate data and the inconsistencies that come with it. It all makes network infrastructure managers less efficient, and ultimately less effective.

NetBox is leading a new generation of infrastructure management solutions that erase the increasingly artificial barrier between data centers and virtual assets. By recognizing the interconnection between physical infrastructure and IP addresses, Netbox is paving the way for improved network efficiency and reliability. Along the way, it’s making the jobs of network infrastructure managers easier.

DCIM and IPAM solutions were never intended to be simple asset inventories. It’s not enough to know which assets you have. It’s about putting those assets to work in a coordinated (preferably automated) way. It’s about quality assurance and firm control over how assets are deployed. It’s about maximizing the use of assets across the enterprise and controlling the spending associated with those assets where possible.

All of these goals require a true network source of truth that spans both the physical and virtual realms.

After all, adding a device to the network involves more than just plugging it in. The device needs an IP address - one that isn’t already in use somewhere else. Automating that onboarding process requires not just an accounting of the physical connection to that device but where it sits in the virtual topology of the network as well. Only a solution that offers DCIM and IPAM functionality can automate the entire process.

Making changes to a data center deployment involves far more than simply shifting servers from one rack to another. Ensuring reliable connections between those physical devices and the virtual assets they serve requires perspectives on both sides of the infrastructure management equation - something that DCIM and IPAM solutions can’t effectively perform in isolation.

In today’s networks, everything that happens in the physical world echoes in the virtual world and vice versa. By bridging the gap between these two and accounting for the ripple effects, infrastructure management solutions like NetBox are making it easier for network teams to plan and execute deployments while avoiding unnecessary risk.

Watch our NetBox “zero to hero” video series to see how NetBox bridges the divide between DCIM and IPAM.﻿

Up to now, the concept of network automation has been reserved for only the most forward-looking technology teams. That is beginning to change.
Read the White Paper

SaaS vs Self-Hosted NetBox: Which One is Right for You? 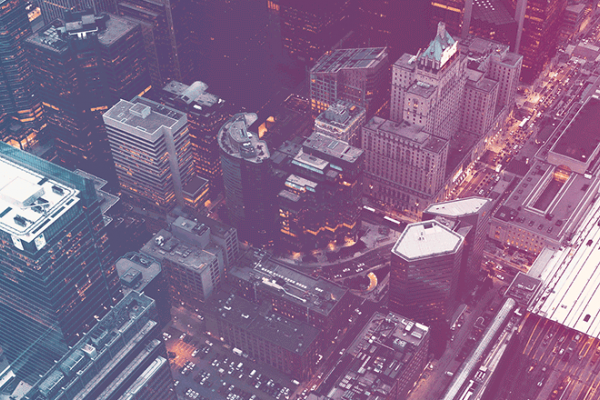