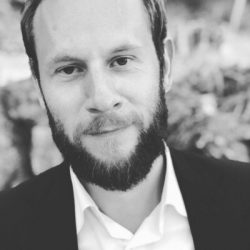 And other exciting updates on NetBox and NetBox Cloud

Since joining NS1 as the General Manager for NetBox on January 4th, I’m starting to get the feeling that nearly everybody uses NetBox, and from the 50 or so companies I’ve spoken to so far, it seems many are using NetBox in multiple teams across their organization.

As networks become more dynamic and complex, companies are accelerating their digital transformation efforts by “automating all the things,” and that includes their networks. Network automation is creating a lot of excitement with networking practitioners who see it as a key enabler for delivering their company’s ambitions, and for career advancement.

These practitioners are taking advantage of programmable and extensible tooling to solve their networking challenges, and NetBox serves as the Source of Truth (SoT) for a huge number of these initiatives.

Keep reading to learn more about:

Analogous to the “Git” in “GitOps,” NetBox allows network engineers to collaborate on their view of how their networks should behave. It then acts as the backbone for layers of discovery, monitoring, and automation tooling that integrate into NetBox either via NetBox’s extensible – and recently revamped – plug-in framework, or by directly interacting with NetBox’s rich API.

Networking teams tell us that using NetBox as the SoT for their network automation efforts is a key enabler to them delivering on their company’s goals, yet managing NetBox instances isn’t.

They would much rather concentrate on doing what they do best and have NS1 make sure the critical data in their NetBox installations are secure and highly available while making sure that NetBox itself is up to date and performant.

That’s the thinking behind NetBox Cloud: to lower the barrier to entry for NetBox users by helping them get up and running faster, removing the overhead of configuration and maintenance, and providing expert support and guidance to ensure their success.

How did we get here?

The NetBox story starts as all good software stories do, with a developer (or in this case a Network Engineer) scratching an itch. In 2015 Jeremy Stretch was taking the first steps toward automating the network infrastructure at DigitalOcean and quickly realized they needed a new SoT for their networks.

He found all of the existing commercial and open-source options at the time either lacking the necessary feature set, were too expensive, or too unmaintained -so he decided to build one himself. Initially devised as a proof of concept with limited scope, this new tool called NetBox quickly took off, and not just at DigitalOcean. In June 2016, less than a year after its conception, NetBox was released as open-source software and quickly found a following.

While the NetBox history has been covered in more detail elsewhere, many of the highlights that stand out for me are solid signs of a strong community focus that has paid off, such as:

2019: The NetBox maintainers launch their first annual community survey to learn more about their user base in order to guide its development.

2020: NetBox v2.8 introduces a new plugins framework, allowing other developers to extend and enhance NetBox with their own works.

2021: Jeremy joined NS1, the first community working group around wireless was launched, 3.0 was released including wireless (thanks wireless working group!) and a UI overhaul, and NetBox Cloud EA was announced to strong interest from the open-source community.

2022: Kicked off monthly community calls to provide project insight to highlight the achievements of the community. Find the recordings here.

So how is it that NetBox has grown to become seemingly ubiquitous? In a word: community.

None of this would have been possible without everyone who has helped the maintainers get here by sending pull requests, raising issues, testing, joining working groups, and giving feedback: and that’s just on GitHub. A quick Google for NetBox reveals pages and pages of glowing reviews, blog posts, explainer videos, Reddit threads, plug-ins and more.

That’s why I want to say a huge “Congratulations!” to everyone who has been involved in NetBox so far, because today, NetBox hit 10k stars on GitHub! This is a fantastic achievement for any open source project, and I’m looking forward to joining in the fun for the next phase of NetBox’s growth.

Jeremy has his own message for the community here, so I’ll wrap up by touching on what I called the “Prime Directive” in the January 2022 community call.

I’ve seen throughout my career how powerful, but also how delicate, the interaction between open source projects and commercial products can be. That’s why–as I shared in the January community call–our Prime Directive is to create a win-win for open source NetBox, and NS1.

The community got NetBox where it is today, attracted me to come and work on NetBox at NS1, and will make the next stage of the NetBox adventure possible. I’m looking forward to sharing more about our plans for creating a win-win in 2022 and beyond.