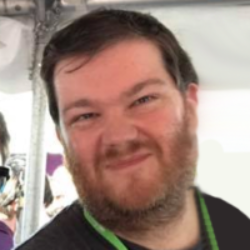 What is a Glue Record?

When do I need a Glue Record?

You need to create a glue record when you host your own authoritative servers. If a 3rd party, such as a managed DNS provider hosts your authoritative nameservers, then the provider takes care of setting up the glue record.

When you host your own authoritative servers, you need to set up the glue records with the domain registrar.

One instance of this scenario is Dedicated DNS. NS1 strongly recommends that a separate domain name is registered for the Dedicated DNS servers, ensuring that there are two separate namespaces in delegation.

NS1 recommends this as a best practice to easily identify between the Dedicated DNS instances and the DNS setup for the customer’s standard domain. For instance, the company “Example Company” with a domain “example.net” may register the domain “exampledns.net” to use with our Dedicated DNS services.

Once the Dedicated DNS service has been provisioned, the nameservers’ IP addresses will need to be added at the registrar as glue records. Here is an example of four nameservers for the domain “exampledns.net” being configured in Google Domains:

There are a number of DNS-specific issues that can arise, and each and every problem can threaten to become a major headache, or worse - loss of revenue and customers. Download our guide, Debugging DNS, to learn techniques to debug DNS issues.

What Do Glue Records Look Like in the dig tool?

NOTE: In a dig tool response there will not be quotation marks around the glue records.

How Do I Know My Glue Records Are Correct?